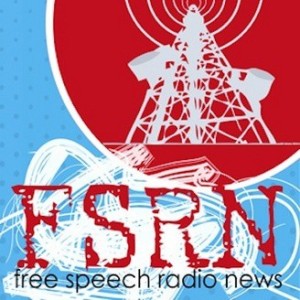 The continuing funding problems with the Pacifica Radio foundation have now affected one if its signature programs, Free Speech Radio News.
The half-hour alternative news broadcast — which was created as an alternative to the Pacifica Network News back in 2000 — will air its last regular radio broadcast next Friday, Sept. 27.

The broadcast has barely been surviving financially for awhile, but its fate was sealed recently as Pacifica failed to pay FSRN for months. It currently owes the broadcast about $198,000.

From its inception up until this January, the broadcast ran in some form on WMNF-88.5 FM in Tampa. But the show was missing when programming changes were made last winter, and it now airs on the station’s HD-Channel — a major blow to local listeners who appreciated the voices heard from around the world on the daily cast.

Tampa resident and former WMNF DJ Nell Abram has worked on the broadcast since 2001, most recently as headlines editor. She said that monthly funding from Pacifica to FSRN peaked at around $50,000 a month in 2008, but annual contributions from the network had flagged ever since.

In a letter sent to FSRN reporters today, the FSRN Staff & Steering Committee wrote that if the show ever receives payment from Pacifica, “FSRN’s Board will decide how the organization will proceed. Depending on the size of the payment, we may have several options. We are discussing the possibility of transforming FSRN into something new, more digitally-centered and financially sustainable, but still focused on bringing under-represented issues and voices about peace and social justice issues to a global audience.”

FSRN was created by disaffected reporters with the Pacifica Network News, who were “disgusted by the censorship and heavy-handed moves by Pacifica management, (and) banded together and raised enough funds to go daily in broadcasting their program to 35 markets across the country.”

That’s from a Creative Loafing story that I wrote back in 2001.

WMNF was one of those original 35 markets, and the station’s board of directors gave a generous sum of seed money (if memory serves around $10,000) to keep FSRN alive in its first few months. For years, most of its content could be heard aired on the WMNF Evening News, but in January of 2011 the station cut the Evening News down to half an hour (rebranding it as the WMNF Drive Time News) and began airing FSRN in its entirety at 4:30 p.m.

But WMNF management took the show off its regular schedule this past January, relegating it to its HD-Channel, though WMNF Drive Time news anchor Sean Kinane still airs segments into his daily broadcast.

The show often had as many reports from outside the U.S. as inside, providing a grassroots take and decidedly progressive take on national and world events.

“I think the Tampa Bay area listeners lost the access to that information and I also think that the amount of alternative news and progressive perspective available to the WMNF audience was narrowed dramatically when FRSN was taken off the main radio channel,” Abram said.

Meanwhile, Pacifica Radio’s blues continue. Last month the network’s finances evaporated so rapidly that they announced they were laying off 19 of its 29 employees at their most valuable property, WBAI-FM in New York City. The New York Times reported that the network owed more than $2 million in broadcast fees to Amy Goodman’s “Democracy Now! program,” by far the network’s most popular show.

Posted in Random Topics | No Comments »